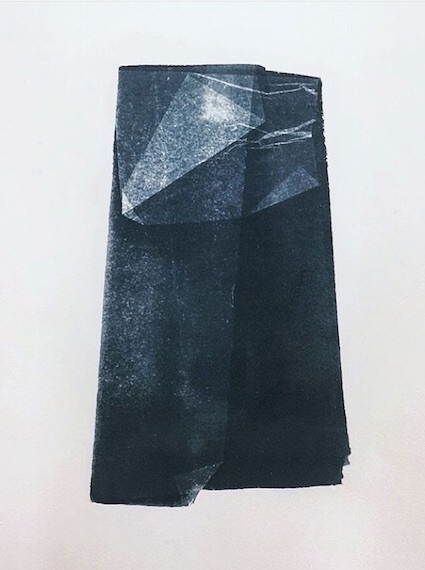 “The title of the show, Stages of an Extreme, describes the investments with the materials and thoughts surrounding the work. Subsequently, as products of their environment, the work ensures the importance and evidence of the studio spaces where the objects will be created. The collaboration will be informed by our surroundings,and the tools, machines, materials, intellectuals and other artists that impact us. We intend to push the conceptual and aesthetic limits of our work through a more resolved examination of our collaborative processes, in large-scale formats.” 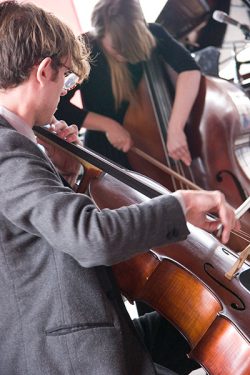 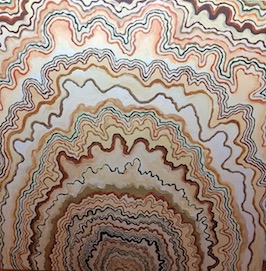 Growth & Decay highlights the intermingling of humans and nature. Third year visual art students Kathryn Ferragina and Olivia Williams use a variety of mediums including drawing, sculpture and serigraph, among others to show how humans affect and influence the environment.

“Humans have an inherent connection to the earth through the things we create and leave there, and through the show we seek to explore this idea. Our work highlights nature, man made objects, and the combination of the two. A lot of  the imagery we use reflects scraps, natural forms, and material and environmental things “decaying”. We want to look deeper into this connection between the growth of natural forms and how they connect to decaying, while also looking at the certain mechanical aspects and its influence on the nature itself.”

Second year visual art student Asifa Khan‘s painting and photography show Landscapes of Loss:  Havens and Devastation in the Ecosystems of Trinidad and Tobago  focuses on the impact of contemporary climate-change on the twin tropical islands.  The artist’s work explores the ecological landscapes of the country where she was born and has lived for most of her life.  Many of these spaces have been drastically altered in recent years due to changing weather patterns and man-made transformations in the environment.

While Trinidad and Tobago have been framed most often in contemporary media culture as prime tourist destinations and showcased for their pristine beaches, lively festivals, and regional cuisine, Khan’s work reveals the hidden dimensions of the landscape in the mountain ranges and forests frequently overlooked by both visitors and citizens alike.  By addressing this blindness to both natural beauty and the grave dangers it now faces, she seeks to trace out new zones of visibility and to raise awareness on many different levels.

The show will consist of both paintings and photographs.  While the photographs will serve primarily to document the devastating changes, the paintings will both present and lament a vanishing beauty. Through alternating perspectives of proximity and distance, Landscapes of Loss will memorialize and mourn landscapes whose radiance may be erased in an instant. 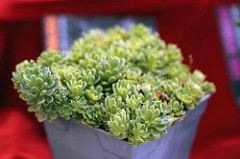 We’re working with the lovely local business Succuterra to bring the students of Winters College a fun experience at this term’s “stressbuster” event. Choose and pot your very own succulent to keep in your bedroom, or gift to a friend. Come discover your green thumb!

Originally from France, Jérôme Havre is a Toronto based artist inspired by the production of natural history dioramas in museums and zoos. He develops in his creations reflexive spaces through immersive
processes. He looks for ways to do this through presentation, the creation of situations, or setting the stage with his sculptures and inviting the public to take part “in the show.”
Havre’s work interrogates issues of identity, territory and community through the representation of nature. That is, the manner in which it is presented
and yet can be more readily perceived through our cultural filters. According to Havre, “nature is deliberately altered in order to deceive us and keep order.” Havre completed his studies at the École Nationale Supérieure des Beaux-Arts in Paris. During his time at the School of Fine Arts he was awarded three scholarships that enabled him to pursue  different art practices: silk printing techniques in New York (Cooper Union), printing techniques in Barcelona (Bellas Artes) and painting and video in Berlin (Universität der Künste Berlin – HDK) in the workshop of Marwan Kassab Bashi. Havre uses textiles, sculpture, digital prints, photographic images, murals, sound recording, and videos to create scenographic installations. For him, the use of a technological process is not only to accomplish a specific task, but a necessary form of expression itself. 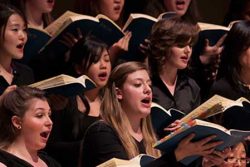 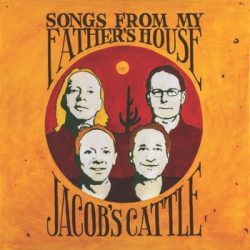 “Jacob’s Cattle (Atmospheric guitar) Canadian guitarist Roy Patterson evokes big-sky vistas with sturdy riffs that traverse the fretboard with purpose and ease. His roots as a country player, and the steel guitar in his current band, Jacob’s Cattle, add to the rural mystique and beauty. –City Newspaper, Rochester

Jacob’s Cattle is the name of the current project led by guitarist/tunesmith Roy Patterson. The band’s hybrid instrumental form of Roots/Americana is highly evocative and reflects a level of artistry that is both sophisticated and emotionally compelling.

The band’s first CD, “Songs From my Father’s House” released in June, 2014, was inspired by the imprints of the music that Roy heard on the radio on a daily basis while growing up in rural Nova Scotia and the music of his teenage years; a steady stream of country music and a diverse hit parade of songs from Hank Williams and Buck Owens, Ray Charles, Harry Belafonte, Petula Clarke, The Ventures and the gamut of artists who defined the popular music of the era.

Although Jacob’s Cattle represents a new/old direction for the guitarist/band leader, it is definitely not his first time out. For roughly three decades Roy was part of the Canadian jazz scene and racked up an impressive list of credits. In 1996 his quartet won 1st prize at the Montreal International Jazz festival (the first Toronto based band to do so) the Jazz Report’s “Guitarist of the Year” award for 2000, performances in Europe, the U.S.A. and Asia. There were numerous Canadian tours in support of six CDs released under his own name and radio and TV appearances including a one hour special for Bravo. Ironically, at a time when he is moving away from the jazz world and returning to a roots-based style, Roy was recently profiled in the Hal Leonard book, “The Great Jazz Guitarists – The Ultimate Guide” authored by Scott Yanow.

For those who might be worried that Jacob’s Cattle is “too jazzy” one need not be concerned. Roy’s earliest playing experiences at all-night blues jams in Nova Scotia as a teenager, dance band tours of Atlantic Canada during the 1970s and the six-nighters on the Queen St. country & western circuit when he first moved to Toronto serve to ground his playing, and with three east coasters and a seasoned pedal steel player the band’s roots run deep. It’s all about carefully crafted tunes, depth and communication.

“Every note that he plays seems to have a purpose and a place, and both purpose and place usually have something to do with melody.”
-The Globe and Mail

“Roy Patterson is undoubtedly one of Canada’s leading guitarists……glorious clarity of tone, sophisticated voicings and featherlight fingerwork.” -the Toronto Star 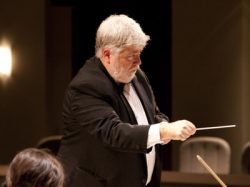 The York University Wind Symphony, under the direction of William Thomas, joins forces with the York University Symphony Orchestra, directed by Mark Chambers, in a preview concert featuring selected works from their upcoming end-of-term concerts.

Elements of Oz by The Builders Association. Photo by Gennadi Novash, courtesy of Peak Performances at Montclair State University.

Intermedial Narrative & Performance: New Approaches will focus on new modes of storytelling at the intersection of performance, technology, art and design, and the ways in which they are producing alternative kinds of knowledge in and outside of the academy. Specifically, how do emerging multimedia performances and artworks use augmented and mixed reality tools, network archaeology, and new information infrastructures to generate creative opportunities and alternative modes of transmitting self, culture, and memory?

Join us for keynote presentations and workshops by:

Following the symposium, our keynote speakers will be staying on for a 2-day workshop with our students.

Stay tuned for our full schedule of events! 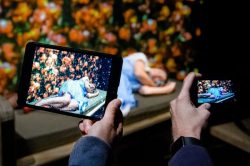 Led by members of The Builders Association and designed for emerging and professional artists and media-makers working in a variety of disciplines, this hands-on workshop invites participants to explore not only “how” but “why” we integrate media into live performance. Drawing from the unique collaborative creative process of The Builders Association, students will engage in observation, discussion, and devising sessions focused on the use of media in creating live performance.

The Builders Association is an OBIE-award winning performance and media company based in New York City. For over 20 years, The Builders have been at the forefront of the integration of advanced technology and media with live performance. Innovative collaborations are at the heart of Builders productions, which combine media, architecture, light and sound with live performers into an integrated performance aesthetic that has become our signature. The Builders’ focus on “real world” stories as content for our productions — digging into subjects as diverse as Indian call centers, dataveillance, and the recent global economic crisis. We tell these stories through the lens of technology in order to creatively represent the economic, political, and technological forces which affect us daily — to make the invisible visible through the creative potential of multimedia theater.

This workshop introduces tools, techniques and repertoire for combining analog drawing techniques with real-time digital tools for live performance, installation and public interventions. This methodology departs from the accessibility, expressivity and versatility of mark making with traditional tools (pencil, maker, paper, transparency). The strengths of the medium are then enhances with real-time video processing that allows artists and designers to record, loop, scale and overlay drawings to create complex animations created from simple drawings. The workshop will introduce participants to existing commercial tools for live video and projection mapping (Millumin), as well as custom tools created with frameworks common in new media art (OpenFrameworks, Max). Participants are encouraged to integrate their own tools and work into the workshop activities: bring your laptop, your phone, drawing or sketching tools, lighting implements, etc.