Red Bicyle (Fiction)
Fazila Amiri
Mahal, a young Afghan woman is arrested on the charge of a “moral crime”, losing her virginity before marriage. After she finds a red bicycle, she plots out a daring escape from women’s prison.

El Mundo o Nada (Documentary)
Ingrid Veninger
A portrait of 29-year-old Cuban twin brothers, Rubert and Rubildo, after their recent migration to Barcelona; this documentary explores the emotional cost of big ambitions, the intimate bonds of sibling love, and the challenges of building a new life. 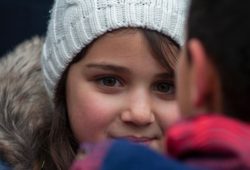 Our House (Fiction)
Susan Bayani
A socio-political drama about Anahita, an Iranian refugee in Toronto, who runs into the man who brutally murdered her parents in Tehran years ago. 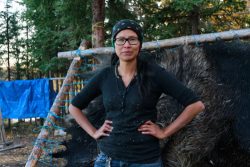 Revolution Moosehide (Documentary)
Lesley Johnson
In Dene culture, the newly created earth was made beautiful by a moosehide. Revolution Moosehide follows Melaw Nakehk’o’s journey of cultural resurgence by learning the practice of moosehide tanning, inspiring a revitalization movement across Denendeh and beyond.

End of the Rope (Fiction)
Sibel Guvenic
After being crippled by a car accident, a former dancer enters a power struggle with an exploitative scientist who promises her creative freedom in an altered reality with his invention. 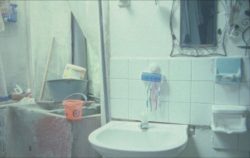 Aqui y Alla (Documentary)
Lina Rodriguez
A poetic reflection on family as an emotional system that operates across generations, Aquí y allá juxtaposes colour 16mm, B&W mini-DV footage, and photos from my family’s archive to meditate on the passing of time, the possibilities of remembering, and the construction of space as an ongoing historical and subjective process.

Of Sand and Gold (Documentary)
Raghed Charabaty
A mother and her children live in a small house in Mount Lebanon. One day, a terrifying sandstorm called the Khamseen arrives and destroys the house and all of its inhabitants, children and visitors alike. ‘Of Sand & Gold‘ weaves together a timeless myth in parallel with real interviews with Syrian, Iraqi, and Palestinian refugees living in Lebanon today, alongside displaced Lebanese families.

Birthday (Fiction)
Atefeh Khademolreza
‘Birthday’ concerns three new immigrants to Toronto (a Serbian divorcee, a Syrian boy, and an Afghani dishwasher), connected only through a series of soft-wipe split-screens. At first, they appear to form a single family as they prepare for a birthday celebration. As the story unfolds, we realize that the only thing connecting them together is the thread of loneliness.

Brief description of the exhibition:
“The Latin expression “solve et coagula” is derived from “solve,” meaning to break down and
separate, while “coagula” describes the process of bringing elements back together (coagulating) into a new, higher form.” Solve Et Coagula is an exhibition that encapsulates the process of transformation from material to matter both individually in each sculpture and unified by the exhibition as a whole. Each individual work represents fragments of the body while collectively constructing a whole greater than its sum. Verging on the ephemeral notions of the physical human figure, the sculptural mediums create a lasting impact, solidifying its permanence in the world while exploring the ambiguity and complexities of the human body.

Artist’s Statement:
The mechanical process of repetition is a fundamental component in my sculptural art practice as it combines the concepts of the working body with the working machine. The process of
dialogue between the body and mind allows me to challenge bodily limitations and to explore deeper within myself. Size and scale creates emphasis on autonomy, emulating the living vessel. Exploring the human body is like understanding a machine, each functioning part integrates as a whole. However, the human body is full of spontaneity, it can be obstructed through its limitations and surpassed by the mind. The mind exceeds beyond what’s physical, infinite through thought and imagination. The body is finite, limited by what’s tangible within reality. Through my work, I aim to create an open interpretation that instigates awareness of the viewers subjective selves and allows people to freely create associations for themselves through their own bodily experiences.

Artist’s bio:
Esther Kim is a Canadian born Korean artist currently in her 5th year at York University majoring in Visual Arts (Studio). Through exploring the concepts of the body, she utilizes her practices which involve metal fabrication, foundry, mould making and the contrast in medium and scale to evoke an ambiguity in a tangible form. Inspired by thoughtful investigation of philosophies of the mind and its relation to the body, the work is presented to the viewer to challenge commonly held assumptions about the world and to open possibilities for interpretations which instigate both cognitive and bodily awareness to the viewer’s subjective
self. 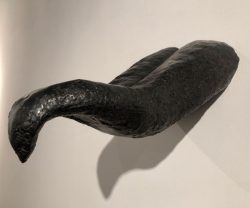 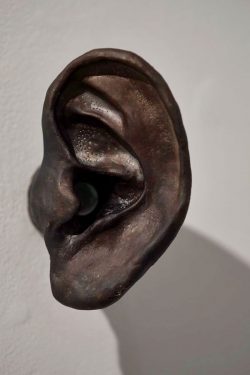 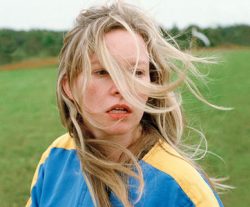 Nat Taylor Tuesdays presents a selection of diverse short film and video works by some of B.C.’s emerging and provocative filmmakers. The program will feature documentary to experimental narrative, stop-motion animation to slow cinema. Please join us for this free screening.

Artist’s Statement:
My work in this series explores the motif of individual growth and the mental challenges, doubt, and confusion that comes with it. Often, the idea of success is romanticized, and we believe that people are simply talented, or just plain lucky. In reality, success is years of hard work, dedication, discipline, and practice. When people see this series, I want them to be reminded that everyone goes through the struggles of learning and chasing their idea of success, but most importantly, that it takes a long time, and this time is just as important as when you finally are an expert. The medium of monoprinting comes into play when thinking about our ever changing perspective. It also highlights the elements of randomness, surprise, and serendipity that we encounter in our lives through the process of physically printing the piece. Each unique print not only represents the growth of learning, but my own artistic journey and the discovery of my passion.

Artist’s bio:
Cassandra Tremblay has been creating art since she could remember. Currently she is in her third year of study at York University and has taken an interest in printmaking, especially monoprinting as it combines painting and drawing with a larger, and more involved, process. Striving for perfection is something she has always struggled with, so this show is a way of working through that while also reminding others that there is beauty in struggling. 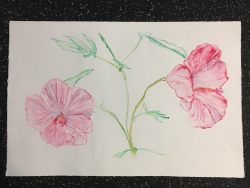 Nat Taylor Tuesdays presents Finding Bobbi, a feature documentary by Ava Karvonen and Scot Morison on actor Bobbi Charton’s courageous journey through gender dysphoria and her return to the stage after a 23-year hiatus. 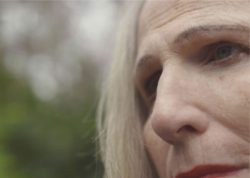 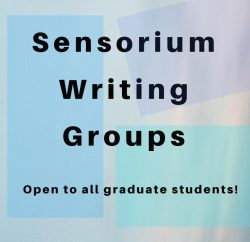 And a time when the natural world is under unprecedented threat, a series of short documentaries from France that challenge our conventions about nature films. 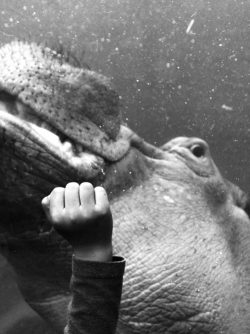 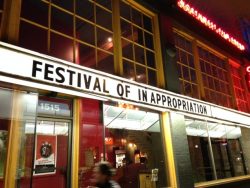