The Ashley Plays @ Home is a cycle of site-specific monodramas, written by Theatre@York’s 4290 playwrights, exploring the life of a character named Ashley. Each playwright has developed a different Ashley, reflecting their individual artistic voice. With the assistance of the 4290 dramaturgs as well as input from course director and project initiator Professor Judith Rudakoff, each playwright wrote a piece set in their bedroom in Spring 2020, during the height of the first wave of the COVID-19 pandemic and quarantine. While the pieces do not tell the story of the pandemic, each play is in some way shaped by the given circumstances of this new reality.

The Ashley Plays @ Home will premiere on the York University – School of the Arts, Media, Performance & Design YouTube channel at 1pm EST on Sunday, October 25th and will be available afterwards to watch indefinitely.

Throughout the week, we will be posting about the Cinema & Media Arts program. This is your opportunity to peer into our spaces, see what our current students are working on, discover the experiential education we offer at York University, and learn what our alumni are up to today. Please register for our Webinar, and follow us @YorkuAMPD on Instagram, Facebook and Twitter.

Join Professor and Department of Cinema & Media Arts Chair, Caitlin Fisher, for a unique opportunity to discover more about the Cinema & Media Arts program and what makes York University a great place to study. You’ll come away feeling knowledgeable, welcomed and more confident about choosing your educational path.

Join us for and Instagram Live Event hosted by two current Cinema & Media Arts students. This is a fantastic opportunity to engage directly with our students, ask questions, and receive their unfiltered perspective of York University.

Join us for our third screening of this year’s Nat Taylor Tuesday series, with an online double-presentation of Lev Lewis’s The Intestine, and his newest short Every Day’s Like This. We’ll be discussing the technicalities of a burgeoning career as an independent Canadian filmmaker, as well as the shifting festival landscape in the face of COVID.

Screening Schedule:
1:00 pm: Live introduction on Zoom
1:05 pm: Film screening on Vimeo (links will be live on October 27th)
Every Day’s Like This: A family tries to schedule the medically assisted death of a loved one.
The Intestine: A young woman attempts to better her life by appropriating a rich man’s home.
2:40 pm: Post screening Q&A with filmmaker on Zoom
FREE + open to the public! 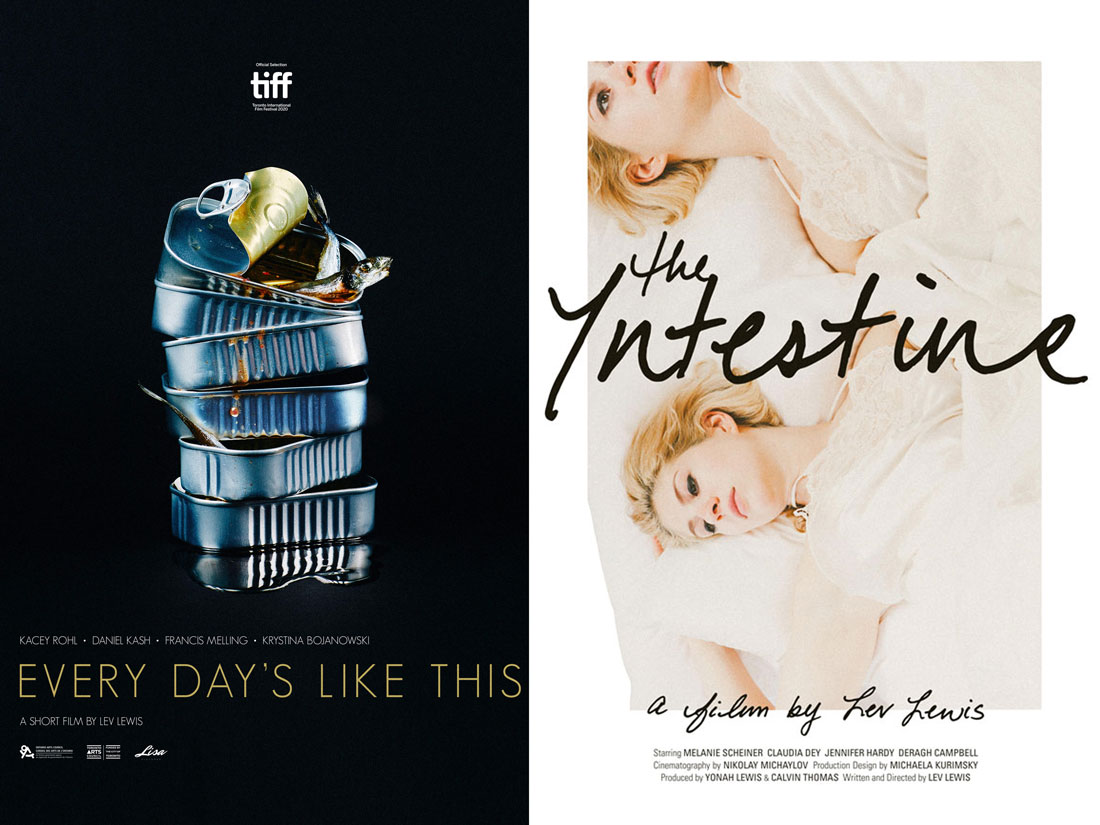 Biography:
Lev Lewis is the co-founder of Lisa Pictures, a Toronto-based production company that has produced a wide roster of acclaimed independent films over the past decade. Lev is the director of The Intestine (2016), and the co-director of Spice It Up (2018). Most recently, he edited and composed the score for White Lie (2019) and directed the short film Every Day’s Like This (2020). 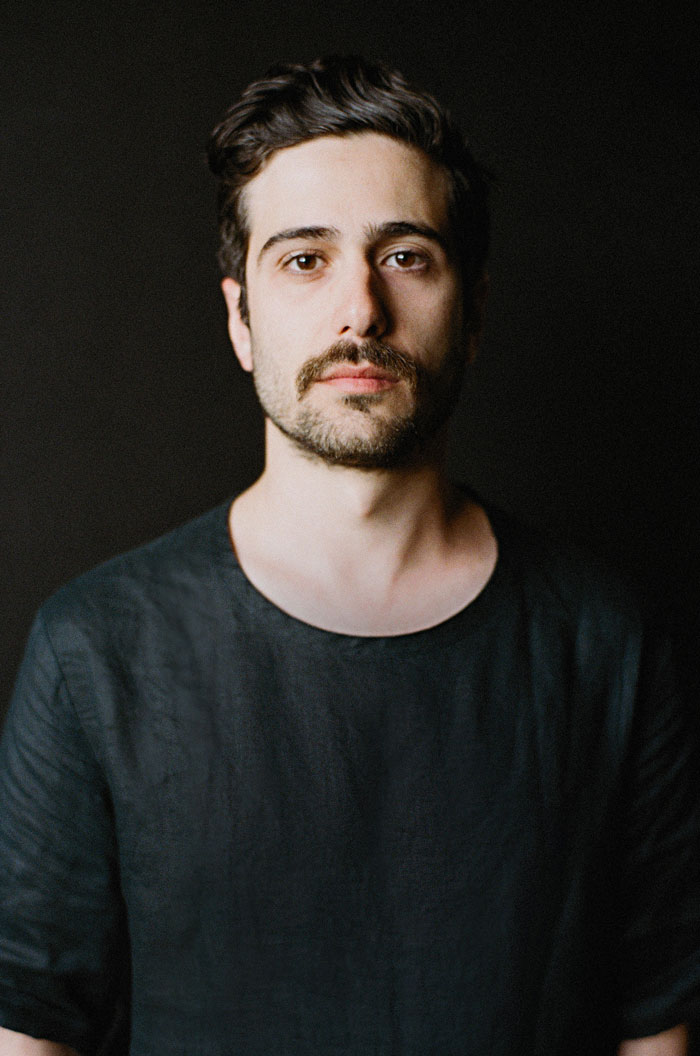 The Department of Film and Media Arts presents A Round Table on the Art and Politics of Black Cinema in Canada.

Jennifer Holness
Jennifer attended York where she studied political science and met “Sudz” Sutherland, kickstarting their extraordinary collaboration. Jennifer is the producer of the recent film Stateless by Michelle Stephenson which premiered at Hot Docs and won the Special Jury Prize – Canadian Feature Documentary. She directed the documentary film Speakers for the Dead. Jennifer’s production and writing credits include the feature film Love, Sex and Eating the Bones. She has also written for the television including the series Guns, She’s the Mayor and Shoot the Messenger.

Sudz Sutherland
Sudz is an alumni of the BFA in Film Production at York and has since developed an illustrious career as a film director and screenwriter. Credits include the films Doomstown, Love, Sex and Eating the Bones, Guns, Speakers for the Dead and Home Again, as well as episodes of Drop the Beat, Da Kink in My Hair, Degrassi: The Next Generation, Wild Roses, Jozi-H, Reign, She’s the Mayor, Designated Survivor, Shoot the Messenger, Murdoch Mysteries, Frankie Drake Mysteries and Batwoman. He and Jennifer Holness co-produced Shoot the Messenger, for CBC and Sudz directed several episodes.

Charles Officer
Charles was a professional hockey player before working as a graphic designer and creative director. He is a triple threat: acting, directing, writing and has appeared in multiple film, television and stage productions. Officer’s short films When Morning Comes
and Short Hymn_Silent War premiered at Toronto International Film Festival to wide acclaim. In 2005, Charles helmed the video Strugglin’ by international recording giant K’Naan. He developed and directed the television pilot Hotel Babylon, then followed up with a short documentary commissioned by Canadian reggae, punk band Bedouin Soundclash entitled, In The Year of Our Lord. He has directed episodes of series television including Da Kink In My Hair for Global Television. His first feature Nurse.Fighter.Boy was theatrically released in 2009 and garnered 10 Genie nominations. His feature documentary Mighty Jerome: The Greatest Comeback in Track & Field History was produced by the NFB. Unarmed Verses, a feature documentary was released in 2016 and won Best Canadian Documentary at Hot Docs. He recently premiered a new feature film at a drive-in at TIFF: Akilla’s Escape.

Moderated by Esery Mondesir. Esery is a Toronto-based artist-filmmaker who was born in Port-au-Prince, Haïti. He worked as a high school teacher, a book designer and a labour organizer prior to receiving an MFA in cinema production from York University (Toronto) in 2017. His work, which includes documentary, fiction and experimental narratives, takes a critical stance on modern-day social, political and cultural phenomena to suggest a reading of our society from its margins. In 2016, he received the Lawrence Heisey Graduate Award in Fine Arts and, in 2017, he received the Paavo and Aino Lukkari Human Rights Award. His short film, Dangerous Weapons, was among the ten finalists at the 2016 TVO Short Doc Contest. 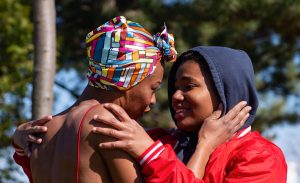