LIONEL LOUEKE : OSCAR PETERSON JAZZ ARTIST- IN-RESIDENCE
Award winning guitarist, Lionel Loueke, will be the first of two musicians featured as part of the Department of Music’s 2020-2021 Oscar Peterson Jazz Artist-in-Residence. During his residency, he will deliver masterclasses, workshops and seminars for vocalists and instrumentalists. Two of these sessions will be free and open to the public.

MONDAY, NOVEMBER 16, 2020
Introduction
9:00 – 10:30 am
A performance by guitarist Lionel Loueke followed by an interview and Q/A.
FREE
Register Here

WEDNESDAY, NOVEMBER 18, 2020
Making it as a Musician in Today’s World
11:30 am – 1:00 pm
A discussion of various aspects to consider while embarking on a musical career in the 21st century, including, technology, promotion, networking and navigating the music business.
FREE
Register Here

We look forward to seeing you there!

ABOUT THE ARTIST
LIONEL LOUEKE

Starting out on vocals and percussion, Lionel Loueke picked up the guitar late, at age 17. After his initial to exposure to jazz in Benin, he left to attend the National Institute of Art in nearby Ivory Coast. In 1994 he left Africa to pursue jazz studies at the American School of Modern Music in Paris, then went to the U.S. on a scholarship to Berklee College of Music. From there, Loueke gained acceptance to the Thelonious Monk Institute of Jazz, where he encountered his Gilfema bandmates Biolcati, Nemeth, Parlato and other musicians with whom he would form lasting creative relationships.

Praised by his mentor Herbie Hancock as “a musical painter,” Lionel Loueke combines harmonic sophistication, soaring melody, a deep knowledge of African music, and conventional and extended guitar techniques to create a warm and evocative sound of his own.

After graduating from Berklee College of Music, Lionel Loueke was accepted to the Thelonious Monk Institute of Jazz in Los Angeles where he had the opportunity to study his greatest mentors: Herbie Hancock, Wayne Shorter and Terence Blanchard.

Soon after his time at the Monk Institute, Lionel Loueke began focusing exclusively on nylon-string acoustic guitar, an instrument on which he’s developed a signature voice.

His sophomore release for Blue Note, Mwaliko (2010), followed up acclaimed Karibu offered a series of searching, innovative, intimate duets with Angelique Kidjo, Esperanza Spalding, Richard Bona and Marcus Gilmore – artists and allies who continue to have a profound impact on Loueke’s vision as a bandleader.

In 2015, Loueke chose to record Gaía, his remarkable rock-infused fourth Blue Note album, live in the studio with an intimate audience in attendance.

He has also toured the world as a member of Hancock’s band for more than ten years and starts touring with Chick Corea this year after recording his last album to be released.

“Loueke’s lines are smartly formed and deftly executed. His ear-friendly melodicism draws both from traditional African sources and a lifetime of closely studying the likes of Jim Hall and George Benson, and his rhythmic shifts come quickly and packed with surprises.””
– JazzTimes 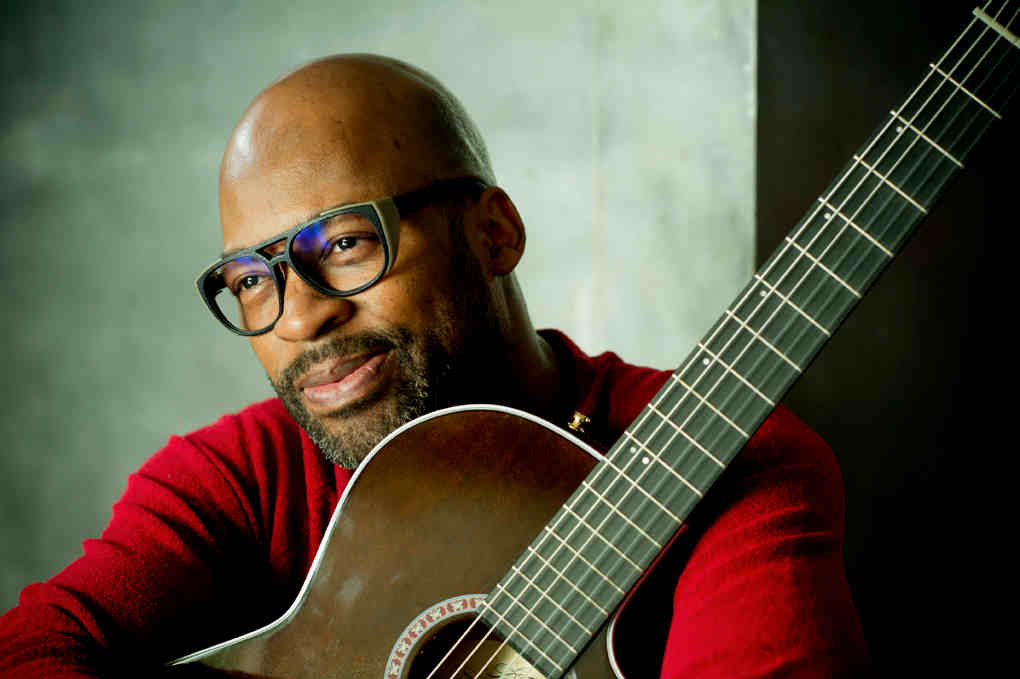