World Premiere of The Sun, The Wind and the Man with the Cloak
by Stephanie Martin in Toronto, Nov 2, 2019

New cantata based on Aesop’s fable about an epic contest
between the Sun and the Wind.

Pax Christi Chorale Artistic Director David Bowser is pleased to announce
the upcoming world premiere of The Sun, the Wind, and the Man with the Cloak, a
cantata by Canadian composer and York University music professor Stephanie Martin,
with words by York University graduate, Paul Ciufo. 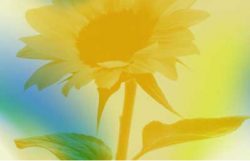 The work is based on a fable by the ancient Greek storyteller Aesop (c. 620-564 BCE),
in which the Sun competes with the Wind to see which of them can make the Man
remove his cloak. The Wind blusters and rages, causing the Man to pull his cloak more
tightly around his body. Then the Sun sends down warming rays, and the Man
eventually removes his cloak of his own free will.

The story is timeless, entertaining and often light-hearted, yet its moral — gentle
persuasion is more effective than brute force — is immediately understood by all ages.

The fable remains a powerful metaphor and a lesson for resolving conflict, and has
been retold countless times and in myriad ways over the millennia.

In this new work, The Sun, The Wind and The Man are portrayed by three superb
soloists; mezzo-soprano Catherine Daniel sings the part of The Sun; baritone Brett
Polegato portrays The Wind; and tenor Asitha Tennekoon performs the role of The Man.
The Sun and The Wind are each encouraged by their “team-Sun” and “team-Wind”
choral counterparts. They are joined by the Intermediate Chorus of the Canadian
Children’s Opera Company.

“It is a uniquely rewarding experience to premiere a new composition, to work with the
composer and realize the score for the first time,” says David Bowser. “We are thrilled to
share this music in the world premiere on November 2 at Yorkminster Baptist Church!”
To round out the program, Bowser has chosen favourite works from the modern
English choral repertoire. Soprano Allison Walmsley will join the other soloists and choir
for Ralph Vaughan Williams’ Serenade to Music and Benjamin Britten’s Rejoice in the
Lamb. The Pax Christi Chamber Choir will sing As Torrents in Summer and My Love
Dwelt in a Northern Land by Sir Edward Elgar.

“I am very proud that Pax is an organization which supports new musical creations,”
says Bowser. “We have committed to performing newly commissioned works by
Canadian women composers over three years. After last season’s enormous success of
Miziwe… (Everywhere…) by Odawa First Nation composer Barbara Croall, the first
known oratorio in the Ojibwe language, we turn our focus to our second commission,
Stephanie Martin’s The Sun, the Wind and the Man with the Cloak.”

The premiere of The Sun, the Wind and the Man with the Cloak will take place at 7:30
p.m., November 2, 2019 at Yorkminster Park Baptist Church, 1585 Yonge Street,
Toronto.