The impact of the novel coronavirus is still deeply felt throughout the world as we continue our fight to keep individuals and organizations alive. Theatres still remain closed, yet professional performance companies have been striving to find ways to recover revenue loss whilst navigating new sustainable models of operation and programming. Throughout these past few months of fear and isolation, the irrefutable importance of art has become even more evident, but what lies ahead for theatrical venues and performance companies in a rapidly changing world weathering a pandemic?

Join us for a virtual panel discussion on how arts organizations such as Native Earth Performing Arts and Tapestry Opera are moving forward during an ongoing health crisis. Filmmaker and York University professor Brenda Longfellow will be in conversation with Native Earth’s Artistic Director Keith Barker and Tapestry Opera’s executive team Michael Mori and Jaime Martino to discuss their endeavors in raising funds for artists and transitioning to digital platforms.

Keith Barker – Artistic Director, Native Earth Performing Arts
Keith is a Métis playwright, actor, and theatre director from Northwestern Ontario, and the current Artistic Director at Native Earth Performing Arts. He was a finalist for the Governor General’s Award for English Drama in 2018 for his play, This Is How We Got Here. Keith received a Saskatchewan and Area Theatre Award for Excellence in Playwriting and a Yukon Arts Award for Best Art for Social Change for his play, The Hours That Remain. Prior to taking the job at Native Earth, Keith served as a Theatre Program Officer for the Canada Council for the Arts.

Jaime Martino – Executive Director, Tapestry Opera
Jaime is an award-winning choreographer and a lifelong contributor to the arts and social justice who creates art that challenges narratives and centers queer voices. Following the completion of her Master’s degree in New Zealand, she co-founded the Aha Dance Collective, a contemporary dance company dedicated to exploring gender and movement through a queer feminist lens. Now in her fourth season with Tapestry, Jaime has helped to more than double the annual operating budget, launch two national initiatives, and produce some of the largest shows produced by the organization since 2001.

Brenda Longfellow – Associate Professor of Cinema & Media Studies, York University
Film practitioner and scholar Brenda Longfellow has published articles on documentary, feminist film theory and Canadian cinema in Public, CineTracts, Screen, and the Journal of Canadian Film Studies. She is a co-editor (with Scott MacKenzie and Tom Waugh) of the anthology The Perils of Pedagogy: the Works of John Greyson (2013) and Gendering the Nation: Canadian Women Filmmakers (1992). She recently launched the SSHRC-funded interactive web documentary OFFSHORE, co-directed with Glen Richards and Helios Design Lab. 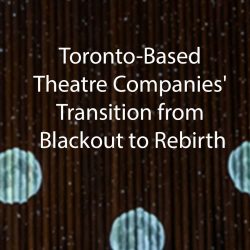